How to play:
Download the bingo card
Look for animals in your neighborhood
Take pictures of the animals you see
Check off animals as you see them
When you get a bingo, post what you saw on social media and tag @fishtownneighbors and @SkypeAScientist (on instagram), or @SkypeScientist and @fishtown on twitter! The first 10 people to post on social media get a prize! 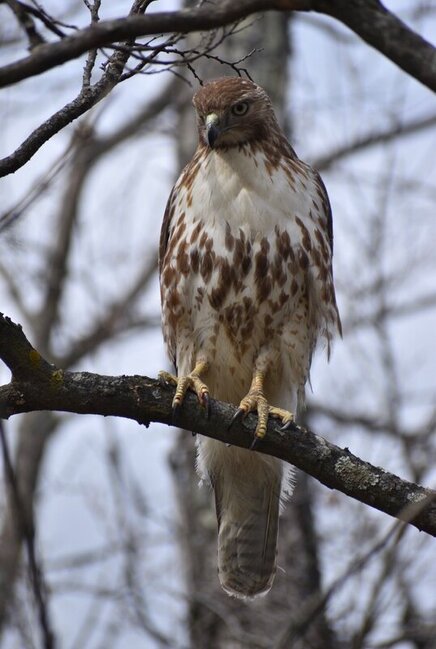 Hawk
Hawks are predatory birds who eat rodents and sometimes even other birds! Try looking for them around Palmer Cemetery.  We have at least two species of Hawks that live in our neighborhood: Coopers Hawks and Red Tailed Hawks. This hawk here is a red tailed hawk!
​
photocredit: Andrea Vale​ 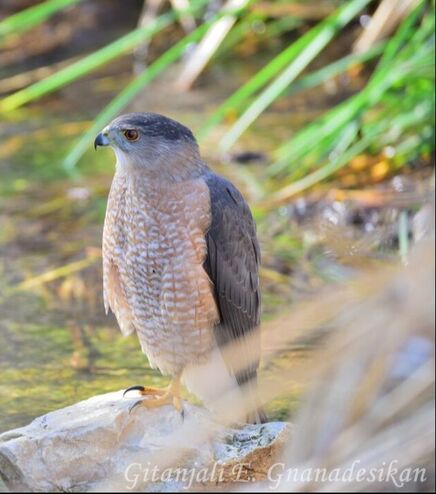 For comparison, here is a Cooper's hawk- they live in Fishtown too! 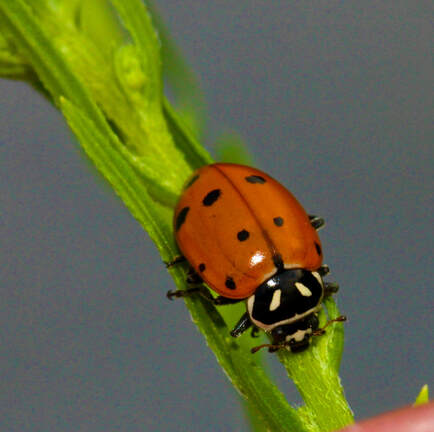 Ladybugs are a diverse group of beetles that live all over the world! In Europe, they're usually called "Ladybirds" instead of ladybugs! Gardeners love ladybugs because they will often eat other insects that can harm plants that humans like to grow! 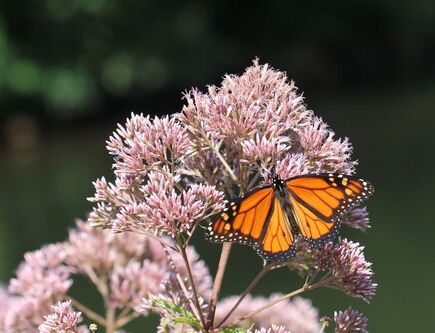 Monarch Butterfly
Monarch butterflies are bright orange with black and white polka-dotted bodies! They have bright colors as a warning to predators- don't eat me! I'm toxic! They can eat plants that would make other animals sick, then put those toxins into their own bodies as defense!
​

Sparrow
Sparrows love people! You usually find them living in places where people live, like cities and populated suburbs. They tend to stay away from dense forests, grasslands, or deserts.
​
photocredit: Jaedyn Ruli ​ 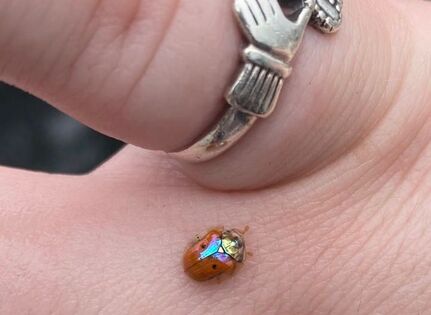 Golden Tortoise beetle
Tortoise beetles look a bit like the more glamorous cousin of the ladybug. Their iridescent top layer makes them look like glittering golden sequins on plants! They particularly love to hang out on morning glories. 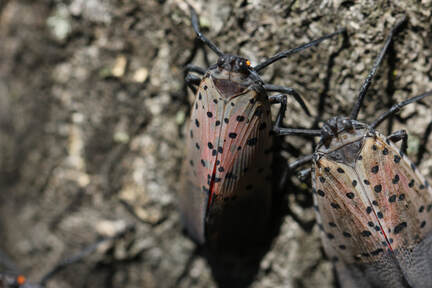 Spotted Lantern Fly
Spotted lanternflies only arrived in Pennsylvania in 2014, and has since become a super common sighting in Philadelphia! Despite their beauty, they make a mess of the ecosystem by sucking the sap out of trees and other plants! If you see a lanternfly, stomp on it. 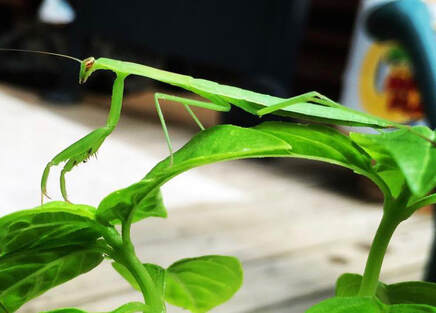 Praying Mantis
Praying mantises are voracious predators! They attack their food with their sharp "praying" hands. We have a couple species of praying mantis in Philadelphia, including the Carolina Mantis and the Chinese Mantis! 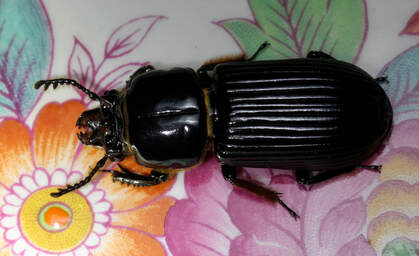 A black beetle
Beetles come in all the colors of the rainbow- some can even change color! Find any black beetle, and check off a box on your bingo card.
Pictured is a patent leather beetle aka a bess beetle. They live in the New Jersey Pine Barrens and eat decomposing wood! The black beetle you find might be much smaller than this one, or even be a big black cockroach! 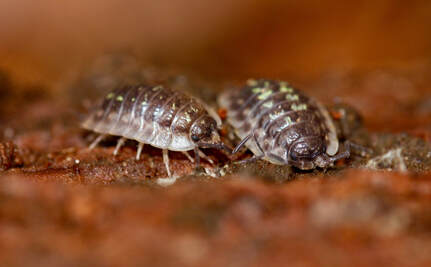 Pillbug aka Roly poly aka isopods

Pillbugs may look like insects, but they're actually crustaceans! They're more closely related to lobsters than lightning bugs.
​
Look under planters and rocks to find these cuties. 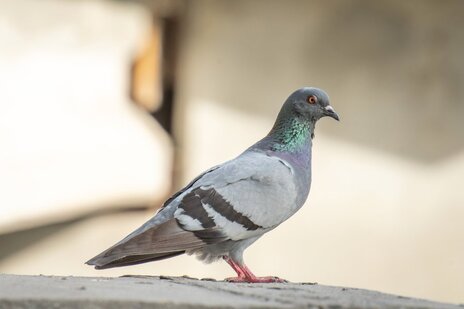 Pigeon
Pigeons are the world's oldest domesticated bird- Some scientists think they were domesticated as long as 10,000 years ago! 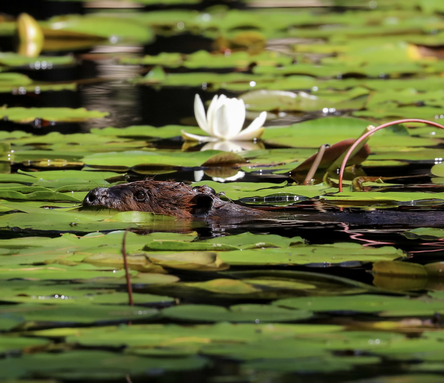 Beaver
Take a walk to Penn Treaty Park to catch a glimpse of our new resident beaver!  Beavers are a sign of a healthy ecosystem so the presence of beavers on the Delaware near our neighborhood is a big win for Fishtown! 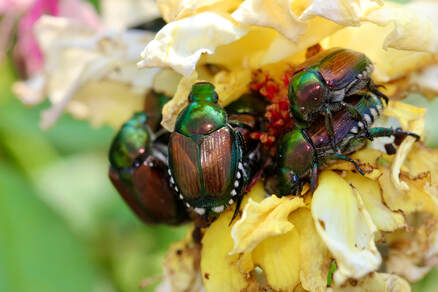 Japanese beetle
Japanese beetles are known as an invasive species, which means they originally came from somewhere else! They really like to eat roses, so look in the petals of roses to find these. 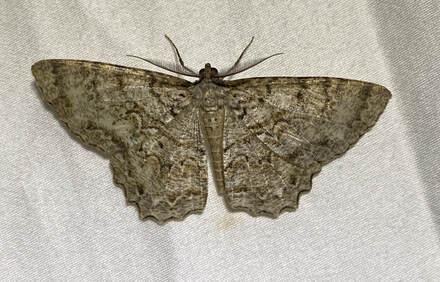 A gray moth
Moths come in many colors, but lots of moths are gray! Some moths are yellow, or orange, or white or blue, and many other colors. Look for moths near lights at night. 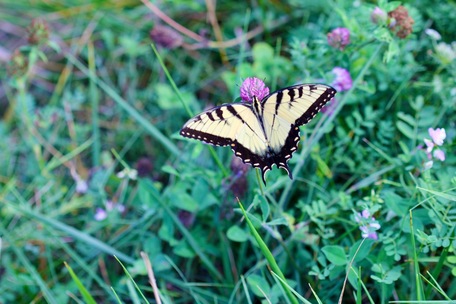 Swallowtail Butterfly
Butterflies are beautiful! But they also like to drink puddles of pee and poop. That's how they get some of their nutrients, in addition to the nectar they drink from flowers! 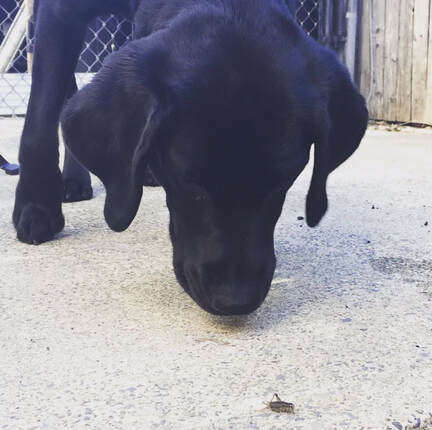 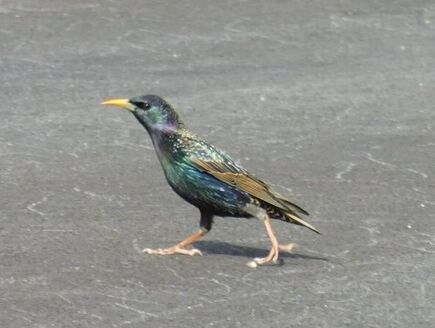 Starling
​Starlings may seem like black birds but when bathed in sunlight, they look rainbow colored! Find starlings hanging out in parking lots or your local park.
photocredit: Jaedyn Ruli

Bumblebee
Don't confuse bumblebees with honeybees- these flying tanks are larger, more rotund, and fluffier than the domesticated honeybee! They gather nectar from flowers and feed the nectar to their young. 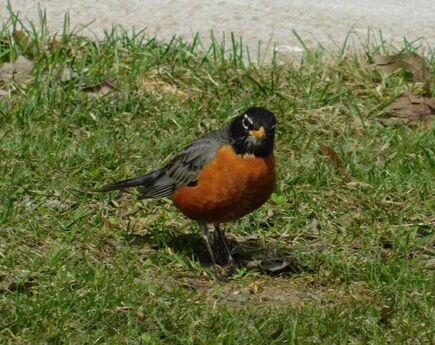 Robin
American robins are the most abundant bird in North America!  They are active during the day and spend the night in flocks with other robins. They are often the earliest birds you hear singing in the morning.
​
Photocredit: Jaedyn Ruli 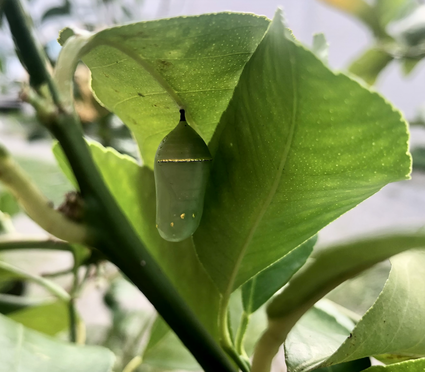 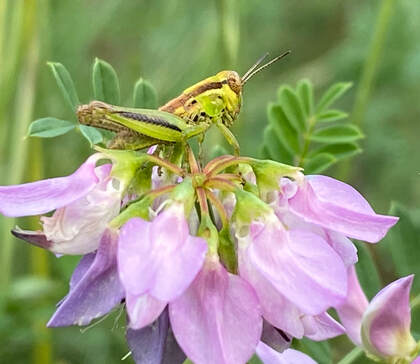 Grasshopper
Look for grasshoppers in a park! They like to hop among shrubs and grasses, like their name implies. Pennsylvania is home to lots of species of grasshoppers. If you get up close, look at the little spikes on their heels- they help the grasshopper jump with accuracy! 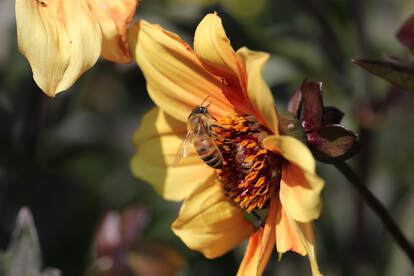 Honey Bee
Honey bees are a domesticated insect! When you see a honeybee it might go back to someone's back yard and make honey for one of your neighbors! 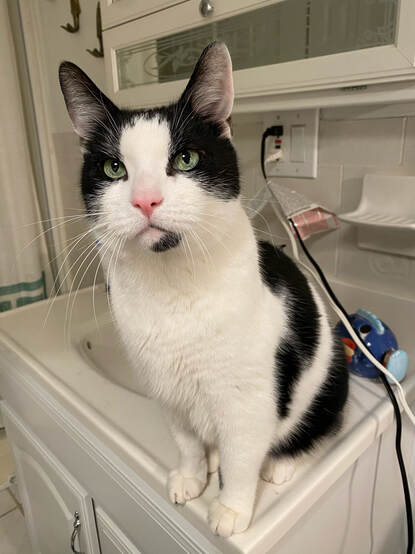 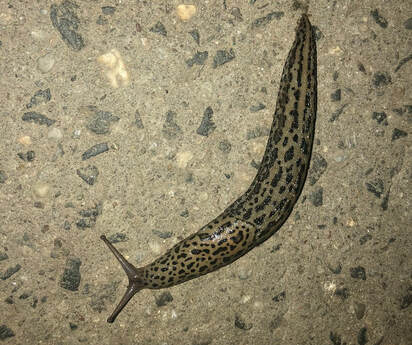 Leopard Slug
The genus and species name of the Leopard slug literally translates to "biggest slug" and while it's not technically the biggest slug in the world, they still get absolutely huge!

If you pick up this slug, you may be stuck with slime on your hands that is very challenging to get off, so avoid touching them if possible. They like to come out at night.